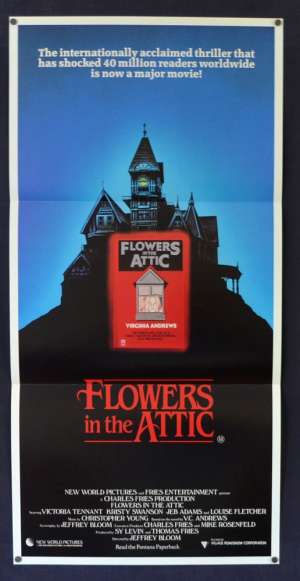 Original Australian Daybill movie poster.Flowers in the Attic is a 1987 psychological horror film starring Louise Fletcher, Victoria Tennant, Kristy Swanson, and Jeb Stuart Adams. It is based on the 1979 novel of the same name by V. C. Andrews. Despite the success of the book on which it is based, the movie was poorly received by both critics and fans. At one point Wes Craven was scheduled to direct the film and he even completed a screenplay draft. Producers were disturbed by his approach to the incest-laden story however and Jeffrey Bloom ended up with writing and directing duties.