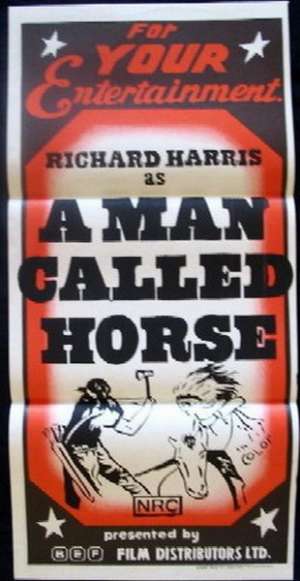 Daybill Poster.A Man Called Horse is a 1970 American Western film starring Richard Harris and directed by Elliot Silverstein. Based on a short story by Dorothy M. Johnson, "A Man Called Horse", published in 1950 in Collier's magazine and again in 1968 in Johnson's book Indian Country. The basic story was used in a 1958 episode of the Wagon Train TV show entitled "A Man Called Horse." Partially spoken in Sioux, the film tells the history of an English aristocrat, John Morgan, who is captured by the Sioux people.