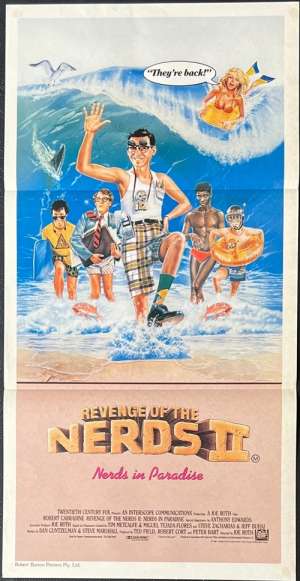 Revenge of the Nerds II: Nerds in Paradise is the 1987 sequel to the 1984 comedy Revenge of the Nerds. Its cast featured most of the main actors from the earlier film, including Robert Carradine, Anthony Edwards (in a smaller role), Curtis Armstrong, Larry B. Scott, Timothy Busfield, Donald Gibb, and Andrew Cassese. This film also provided an early starring role for Courtney Thorne-Smith. Other cast members include Bradley Whitford, Ed Lauter, and Barry Sobel.