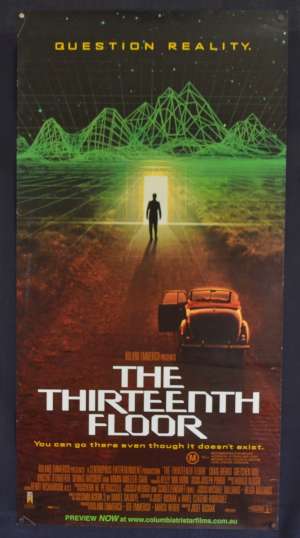 The Thirteenth Floor is a 1999 neo-noir science fiction crime thriller film directed by Josef Rusnak and loosely based upon Simulacron-3 (1964), a novel by Daniel F. Galouye. The film stars Craig Bierko, Gretchen Mol, Armin Mueller-Stahl, Vincent D'Onofrio, and Dennis Haysbert. In 2000, The Thirteenth Floor was nominated for the Saturn Award for Best Science Fiction Film. The producers of The Thirteenth Floor used special digital effects to create the 1937 and the 2024 worlds.  The Thirteenth Floor was a co-production of Columbia Pictures and Centropolis Entertainment. Most of the film was shot in Los Angeles, California.