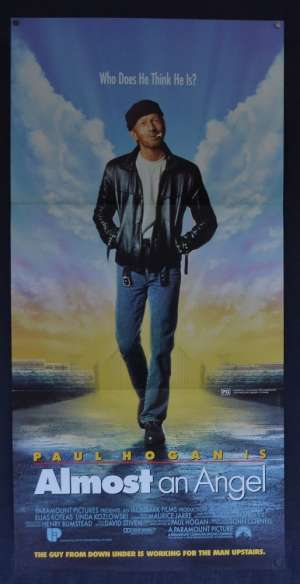 Almost an Angel is a 1990 American comedy-drama film directed by John Cornell and starring Paul Hogan. The original music score was composed by Maurice Jarre. The film's tagline is: "The guy from down under is working for the man upstairs."It was made after Paul Hogan's success with the Crocodile Dundee movies.