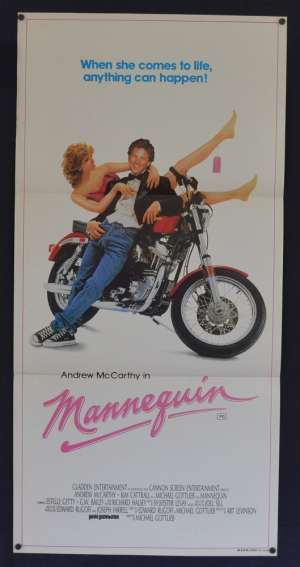 Mannequinn is a 1987 American romantic comedy fantasy film starring Andrew McCarthy, Kim Cattrall, Meshach Taylor, James Spader, G. W. Bailey, and Estelle Getty. Directed and written by Michael Gottlieb, the film was also co-written by Edward Rugoff. The original music score was composed by Sylvester Levay. Mannequin received a nomination for an Academy Award for Best Original Song for its main title tune, "Nothing's Gonna Stop Us Now" by Starship. The song reached #1 in the Billboard Hot 100 on April 4, 1987, and #1 on the UK Singles Chart for four weeks the following month. The film was a commercial success but not critically and has since gone on to have a cult following like many 80’s films of its time.