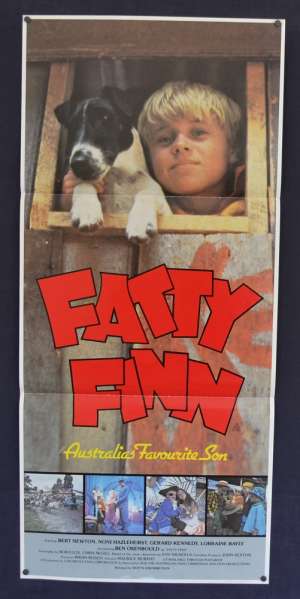 Country of origin Daybill movie poster. Fatty Finn is a 1980 Australian film, directed by Maurice Murphy and starring Bert Newton, Ben Oxenbould and Noni Hazelhurst. It is based on the 1930s cartoon-strip character, Fatty Finn, created by Syd Nicholls and is loosely based on the 1927 silent film, The Kid Stakes. The film was nominated for 7 AFI awards and won two.