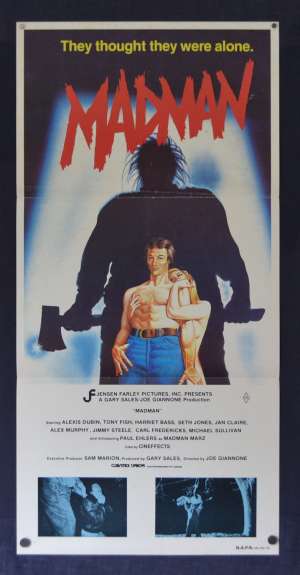 Daybill Poster.Madman is a 1982 slasher film written and directed by Joe Giannone.The plot follows a group of campers who are stalked and killed after summoning an axe-murderer of local legend.Originally based on the upstate New York urban legend of the Cropsey maniac,the film's central premise and main antagonist was changed last minute due to conflicts with The Burning (1981),which was in production at the same time.Madman was released in January 1982 and over the course of the year, became a sleeper hit in the drive-in circuit.