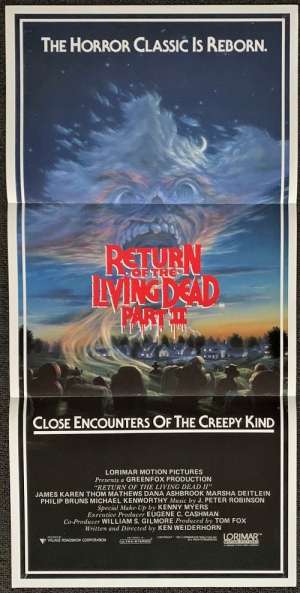 Daybill Poster.Return of the Living Dead Part II is an American zombie horror comedy film released in 1988. It was written and directed by Ken Wiederhorn. A minor box office success making over $9 million at the box office in the United States against its $6 million budget It was the first of four sequels to The Return of the Living Dead. The main characters, Jesse and Lucy, share the last name 'Wilson', giving the cult fans a clue that they are related to Burt Wilson, the protagonist of the first film.